Sorrento is among the most suggestive and fascinating sceneries to make the most beautiful day of your life unforgettable!

A balcony suspended between the cobalt blue sea and the slopes of the Lattari mountains, between coves, beaches and terraces cultivated with citrus trees, vines and olive trees, for a dreamy Mediterranean wedding.

A lively and welcoming town, situated on the southern edge of the Gulf of Naples, Sorrento is par excellence the place of love and romance. Kissed by the sun almost all year round, perfumed by flowers and the famous citrus fruits that embellish the many parks and gardens, it’s the perfect setting for a fairytale wedding.

In the diocese between Castellammare-Sorrento religious marriages are allowed, while the town of Sorrento allows the celebration of civil marriages in several suggestive places such as the cloister of San Francesco or the Choral Museum. 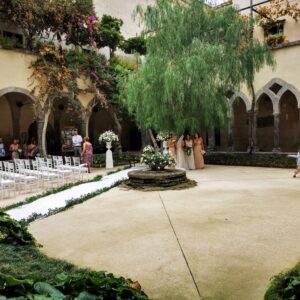 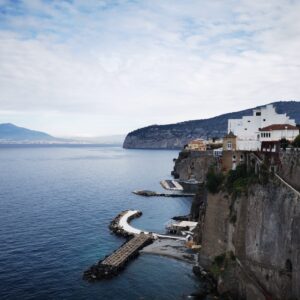 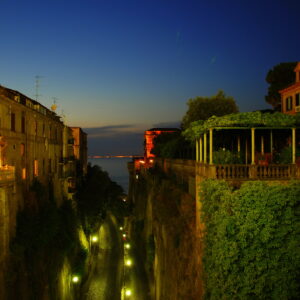 The magic continues even during the ceremony. In the evening the Gulf of Naples lights up with a thousand lights and colors that create a particularly suggestive atmosphere.

Whether it’s a private villa overlooking the stunning Amalfi Coast or a beachfront resort, getting married in Sorrento is the most romantic thing that can exist.

The wedding in Sorrento is possible in various and different locations: in a beach resort on a luxurious Mediterranean garden, in a private villa overlooking the Amalfi coast and the volcano Vesuvius, in Victorian style, or even in a villa on the Gulf of Naples with a panoramic terrace and swimming pool. 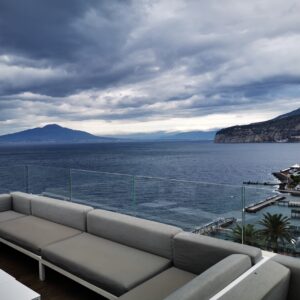 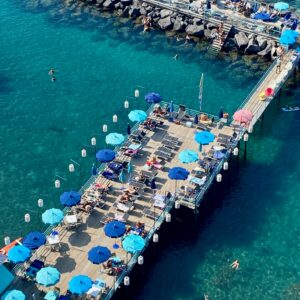 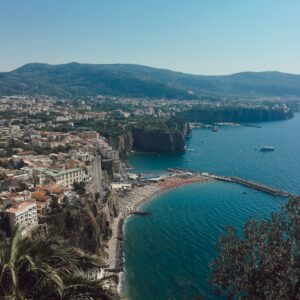 Our agency has been collaborating for more than 10 years with the most evocative areas of this area, declared “World Heritage Site” by Unesco. Amalfi Coast, Sorrento, Minori, Maiori, Praiano, Atrani, Positano, Amalfi, Cetara, Conca dei Marini, Scala, Furore, Tramonti, Ravello and Vietri sul mare are just some wonderful ideas to realize your dreamy wedding in Italy. 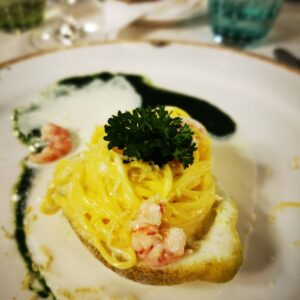 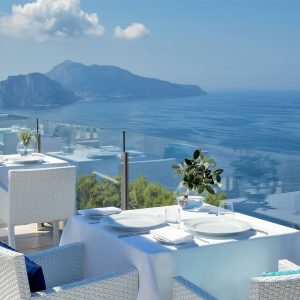 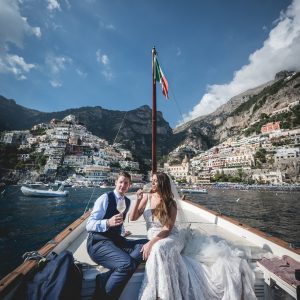 For more information, feel free to ask us questions.

Chiamaci su Whatsapp
Manage Cookie Consent
To provide the best experiences, we use technologies like cookies to store and/or access device information. Consenting to these technologies will allow us to process data such as browsing behaviour or unique IDs on this site. Not consenting or withdrawing consent, may adversely affect certain features and functions.
Manage options Manage services Manage vendors Read more about these purposes
View preferences
{title} {title} {title}